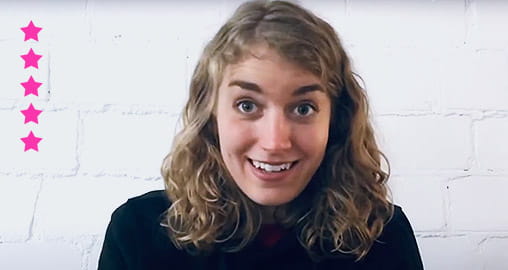 Regardless of whether it is an opinion on the stay or the treatment - we are interested in your opinion because it is important to us. That is why you can still give us feedback by email after your stay or your treatment in our clinic.

The following patient reviews are originally written in German. We translated them into English with the help of Google Translate. 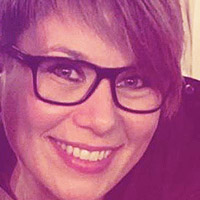 My first liposuction of the lipedema stage 2 was May 9th, 2019 in the Park-Klinik Birkenwerder. For a long time I thought about having this procedure done at all. The decisive factor was an exchange of experiences with women who had the same diagnosis and then had an operation.
Continue reading .. Pain-free and a much higher quality of life were the consistently positive results. After that it was only a question of “where” and no longer of “whether” an operation for me.

Since I live quite far away, I took the opportunity to conduct the consultation by phone. The lady on the phone - Ms. Azdasht - was very nice. She explained the procedure to me and then answered any questions I had left. One day before the operation, I had my preparatory talk with Dr. med. Klaus Ueberreiter and the anesthesia team. It was short and straightforward. The standard questions were clarified (allergies etc.) and which area should be operated on first. Then before pictures were taken and the measurements for the surgical corset were taken.

My surgery was scheduled for 2 p.m. the following day. The preparation went without any problems: move into the room, move out / change for the operating theater. Then it was already in the operating room. I wasn't particularly nervous. Which was probably because I felt that I was in very good hands. After the anesthetist had pricked the access very well, Dr. med. Klaus Ueberreiter addressed the areas to be operated on and went to the operating room. There my legs were rubbed with two different solutions before I lay down on the operating table. I can't remember anything more, because the twilight sleep unfortunately didn't work optimally for me and for this reason I was put under general anesthesia. After the operation, my first question was how many liters could be taken ... "4 liters from the inner thighs!" Great! I was back in the room when I could ask that question. At first I felt a bit dusky, but then I was fully back quite quickly. When I woke up, I felt a strong burning sensation, but it didn't last long. I didn't need painkillers in the evening or at night. I was able to get out of bed pretty quickly to try running. My circulation was fit and the first attempt already worked very well. Of course, I could only guess at the result of the operation through the bodice. Nevertheless, under these circumstances I could already see a big difference between “before” and “after” the operation. The following night was good and in the morning I was allowed to take a shower. My incisions were still wet and not bleeding at all. The next morning after the rounds I was able to start my journey home. My friend picked me up. The drive was long and my legs began to hurt while driving. So, when I got home, I took my first (of a total of five) pain killers.

The healing went great. The severe bruises and swellings subsided after a fortnight (during which time I was also on sick leave). A mixture of “running a lot” and “putting your feet up” contributed significantly to the rapid improvement and did me very good. The first half an hour of running was often painful, after that it was fine. After about 2.5-3 weeks the bruises were completely gone and the swelling had also decreased very well. The hardening was as good as gone after approx. 12-14 weeks. After the first operation I noticed a big change: I found climbing stairs and hiking a lot easier. My gait has also improved.

2. Surgery
My second liposuction (for lipedema) took place at the end of December 2019 (OS front and outside). The procedure corresponded to that of the first operation. The operation went well and on schedule. My circulation remained constant afterwards. On the first day, only wound fluid leaked from the cuts. This did not happen during the first operation. I think that contributed to the even faster healing. The numbness at the operated sites lasted for about 8 weeks. Nevertheless, I was able to take the first steps on the day of the operation and quickly walk upright and briskly. I only took painkillers the day after the operation to make the long drive home and change the compresses without pain. During my stay in the clinic, I felt that I was in very good hands again and that I was given competent advice and care. For this I would like to expressly thank the care team and the doctors at Parkklinik Birkenwerder. As a result, I can state that the muscles on the front thighs are now very clearly visible. My gait is better (my legs are closer together), the back pain is better or gone, my metabolism works, my legs feel lighter and I am in better shape. The difference to the initial situation is really serious.

3. Surgery
My third operation was on April 27th, 2020. What can I say: Everything went great again. The process at the clinic team is well established. Even in times of Corona. All very nice and friendly / funny. I wasn't excited during this operation either. I just feel that I am in good hands. The healing so far has gone even better than before. The bruises were as good as gone after 14 days and sitting on my exercise ball works very well. My physio is really enthusiastic about the result. Visually and precisely from the healing process. There are indurations, but less than the times before. I have been back to work since May 11th, 2020, which works very well without any problems. The after-picture was taken exactly 3 weeks after the operation. The backside of the OS and the bottom were made. A total of 12.5 liters of lip fat have now been removed from the thighs and bottom. When I read or pronounce this number it becomes clear to me what mass I had to move. About 1.5 weeks after the operation I went hiking with a friend. When it went up the Hiwwel (mountain), the operated areas didn't hurt, NO it was the calves. These have not yet been operated on and I can feel the difference very well, so that I am already looking forward to the next operation with great anticipation.

My conclusion is therefore: Do the surgery and do it in the Parkklink Birkenwerder. An absolutely great clinic in every way!

When I was finally diagnosed with lipedema after a long, rocky road, I was able to understand what was happening in my body! In my videos I invite you to follow my path.
Continue reading .. Maybe you were recently diagnosed with lipedema yourself? And are you groping around in the dark as I was four years ago? I hope that with the videos I can take away a little of the fear and helplessness that this disease often brings with it. You can find the videos on mine YouTube Channel. 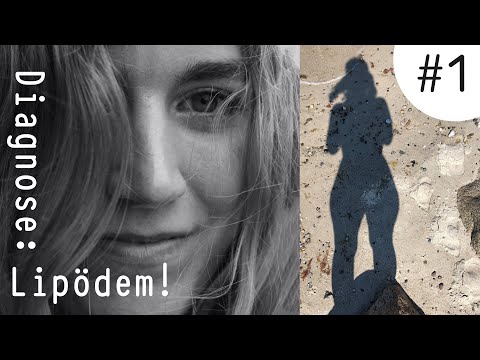 The LipoKlinik team will be happy to advise you personally.