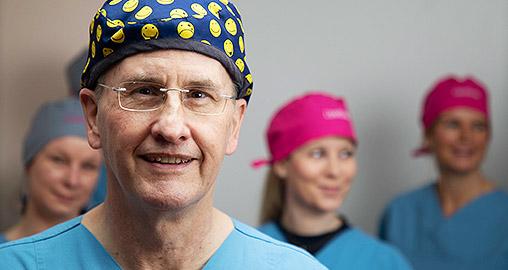 Lipedema is a pathological change in adipose tissue which, as it progresses, can lead to a considerable reduction in the quality of life. Usually only women are affected by lipedema.

The starting point of the disease is usually an initial hormonal change, such as the onset of puberty, pregnancy or - rarely - menopause: during these hormonal upheaval phases in women, there is a surge of fatty tissue in typical areas of the disease: thighs, lower legs, inside of the knees , Hips, buttocks and also arms.

The affected fat cells appear to be pumped up due to the accumulation of lymphatic fluid associated with the disease. In advanced lipedema, e.g. in stage 3, grotesque body shapes with overhanging skin-fat flaps can arise, which are then also associated with considerable pain in addition to the restricted movement.

You are not alone

Patients affected by lipedema often encounter incomprehension and ignorance. The complaints are not taken seriously and are often downplayed by others. The result of this environmental reaction to you is a feeling of loneliness and frustration. It doesn't have to be.

The LipoKlinik team will be happy to advise you personally.